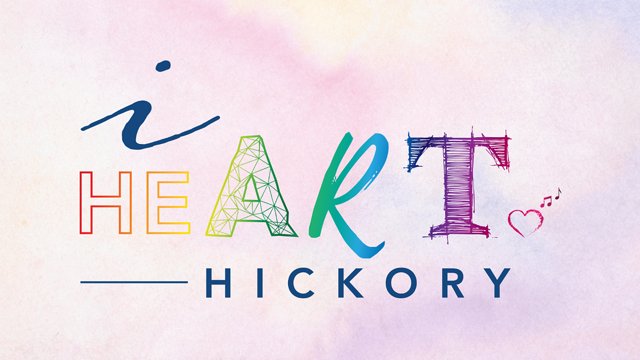 Art. Music. Theatre. When it comes to the arts, there’s a lot to love in Hickory. Join us this September as we celebrate our Hickory brand partners and the arts with a great lineup of events and performances throughout the month that will have you agreeing…I heART Hickory.

SOMETHING ROTTEN
Described as a musical comedy for people who don’t take Shakespeare too seriously, “Something Rotten” follows brothers Nick and Nigel Bottom as they set out to write the world’s very first musical. Catch performances at the Hickory Community Theatre on Thursdays, Fridays, and Saturdays at 7:30 p.m. and Sundays at 2:30 p.m., August 27 through September 11. Visit www.HickoryTheatre.org for more information.

CELEBRATION OF THE UNTOUCHABLES
The United Arts Council of Catawba County will celebrate the completion of public art honoring The Untouchables with a special event on Saturday, September 4, beginning at 10 a.m. at the Samuel William Davis Sr. Multipurpose Field at Taft Broome Park. Due to high demand, a screening of a documentary about The Untouchables, by Catawba Valley Community College Historian in Residence Richard Eller, has been moved to the Catawba Valley Community College Tarlton Complex at 4 p.m. that same day.

AUTOLAWN
Admire the classic lines of the road’s number one traveler – the automobile – at Hickory Museum of Art’s annual Autolawn Party. This European classic car show will take place on the SALT Block Lawn on Saturday, September 11, from 10 a.m. to 3 p.m. This year’s theme features the roadster (also known as spider or spyder), an open two-seat car with emphasis on sporting appearance or character. Visit www.TheAutolawn.com for details.

JUNIORHMA AND PAUL DE LONGPRÉ
If you’re at the SALT Block, don’t forget to check out Hickory Museum of Art’s juniorHMA and Paul de Longpré exhibitions before they close September 19. Visit www.HickoryArt.org for more information.

DOWNTOWN ART CRAWL & SIDE/SHOW
The Downtown Hickory Art Crawl and Western Piedmont Symphony’s popular Side/Show event will cover downtown with sights and sounds on Thursday, September 9. Presented by the Hickory Downtown Development Association, the Art Crawl begins at 5 p.m., with the musical performances of Side/Show taking place from 5:30 p.m. to 8:30 p.m. at various locations throughout downtown. Visit www.WPSymphony.org and www.DowntownHickory.com for more information.

FESTIVAL IN THE PARK
The Sails Original Music Series will present a special performance on the Samuel Davis Field on Saturday, September 18, at 6:30 p.m., as part of Festival in the Park. Before the concert, the festival will offer games, vendor booths, bounce house, and other fun activities at Taft Broome Park from 3 p.m. to 6 p.m.

FOOTCANDLE FILM FESTIVAL
The Footcandle Film Festival returns to Hickory September 22 – 26 with both in-person and online, virtual screenings of 10 feature-length films and between 15-25 short films during the course of the festival weekend. Visit www.FootcandleFilmFestival.com for all the details.

WALKING TOGETHER: A CELEBRATION OF THE HICKORY TRAIL
The Hickory Choral Society will sing a selection of songs related to journeys, walking, and bridges in a pops concert on Sunday, September 26, starting at 5 p.m. under The Sails on the Square. Visit www.HickoryChoralSociety.org for more information.